📣 Q: Which of the following is an anterior skeletal muscle/muscle group❓

📣 Q: Which of the following is an anterior skeletal muscle/muscle group❓

The Correct Answer is D = Iliopsoas

Find out why, by reading the rest of the blog below...

What is the difference between the anterior and posterior?

Today’s mock questions is asking which of the following is an anterior skeletal muscle/muscle group? Knowing which muscles are in the anterior of the body Vs posterior is key to answering several questions in both the Level 2 and Level 3 Anatomy and physiology fitness exam.

For Level 3 Anatomy and physiology,

You ALSO need to know the muscle location, the joints crossed, their origins and insertions plus what each muscle actually does in relation to exercise.

Anatomists name the skeletal muscles according to a number of criteria, each of which describes the muscle in some way.

These include naming the muscle after its shape, its size compared to other muscles in the area, its location in the body or the location of its attachments to the skeleton, how many origins it has, or its action.

The skeletal muscle’s anatomical location or its relationship to a particular bone often determines its name.

For example, the frontalis muscle is located on top of the frontal bone of the skull.

For the buttocks, the size of the muscles influences the names:

Names were also given to indicate length—brevis (short), longus (long)

and to identify position relative to the midline: lateralis (to the outside away from the midline), and medialis (toward the midline). Examples are in the quadriceps, the vastus lateralis, and vastus medialis

Next, the direction of the muscle fibers and fascicles are used to describe muscles relative to the midline, such as the rectus (straight) abdominis, or the oblique (at an angle) muscles of the abdomen.

Some muscle names indicate the number of muscles in a group. An example of this is the quadriceps, a group of four muscles located on the anterior (front) of the thigh, the quadriceps.

Or the Triceps, a group of three muscles located on the posterior (back) of the upper arm.

Other muscle names can provide information as to how many origins a particular muscle has, such as the biceps brachii. The prefix bi indicates that the muscle has two origins and tri indicates three origins.

The location of a muscle’s attachment can also appear in its name. When the name of a muscle is based on the attachments, the origin is always named first. For example, the sternocleidomastoid muscle of the neck has a dual origin on the sternum (sterno) and clavicle (cleido), and it inserts on the mastoid process of the temporal bone.

The last feature by which to name a muscle is its action. When muscles are named for the movement they produce, you can find action words in their name. Clear examples are flexor (decreases the angle at the joint), extensor (increases the angle at the joint), abductor (moves the bone away from the midline), or adductor (moves the bone toward the midline).

Label the Anterior and Posterior Muscles below:

◾️ P.S. When you’re ready, here are three ways I can help you;

1️⃣ Join us in the L2 or L3 A&P Revision Mastery Bootcamps – everything you need to pass your exam with TOP MARKS and confidently: https://revision.parallelcoaching.co.uk/fitness-exam-revision-courses

2️⃣ Email us HERE with “NEW CAREER” as the subject line and I’ll give you details on how you can become a confident and qualified Personal Trainer before Christmas.

Search for something specific: 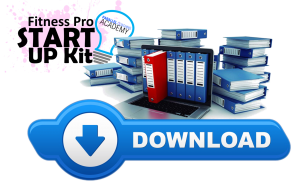